A sad day for the authentic man's game

This is not about raising your flags up for feminism, neither it is about women rights. It is not about putting it to the misogynists and anything that demeans the gentleman's game. This is about trampling every principle, every notion and every manly aesthetic that this beautiful game stands for. It is a sheer loss of a sizable faith in humanity and this game for many cricket payers, followers and enthusiasts.
Let's be honest, the very grace of this sports has been dented today. The appointment of Stuart Barbie Broad as England's T20 captain is an utter humiliation on immense levels. It is nothing less than picking George W. Bush as your Bentley's chauffeur, embracing Kamran Akmal as your butler or buying Asif Ali Zardari as your dog. Here is a serial petulant, a lunatic twat and a shameless absconder who has been chosen to take command of the men of the land from where the game originated. Above all, a human being who has been wanted for years for her crimes against masculinity has been handed the job. And with credible candidates like Bell, KP and others deserving the honor way before her, the very notions of merit and justice have been degraded. This is beyond sane human comprehension and exceeds many of the what-the-fuck moments in cricket.
And today it is for T20, God knows how much this game will suffer, how many mental and phsyical casualties occur and what exactly would transpire if this miscreant is tipped to be leading England in other formats sometime later. One can only pray that more dreadful days don't come.


The only sense one can make out of this diabolical decision is that ECB and Giles Clarke have started importing the C-grade ganja from Ijaz fucking Butt on cheap prices. Also, they may have given in to all the feminazis who never stopped moaning about how the men version of this game needs an incentive for them to have their voices and agendas heard. There is another school of thought which believes that this decision is a shining example for all those fucking wankers who have their faith in their daddies and their name taking them to places. Chris papa Broad has ultimately done it for his girl, after shielding him for years being as a shambolic and disgraceful match referee. 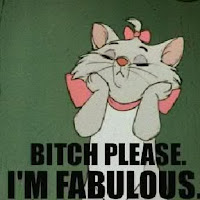 Moreover, few people have also termed it as an effect of the incessant pressure English men used to put on ECB about how their birds don't take interest in this game anymore. When there is a religious and maddening devotion to football in the country and overload of manly disguised cunts such as the Ferdinands, Rooneys and the Nevilles, cricket has been taking a grave battering for several years now and almost all the female folk has given in to footy. Hence, the tactic of having a vaginal scum and an allegedly promiscuous woman leading the present World Champions in T20 format should influence more viewing and work for the betterment of this aspect. We can only assume.
Having said that, 5th May 2011 is and will be embedded in history as an extremely sad day in English cricket, Notts county and the game. It's a damning day for all the sports in the world, honesty speaking. This day shall be remembered for the clamping down by one of cricket's central authorities on it's country's youth and their enthusiasm, for running out of inspirations to drag them in the game and to tarnish it's elegance. Those who are responsible for it will have to answer for this one day. They will be prosecuted for such a crime against the upcoming generations of English cricket and for the conscience of this game.
And this decision, been announced at the perennial home of cricket, that is Lord's is a shame in itself.
Let the mourning begin.

p.s. Anyone reading this who is unsure of Barbie Broad's gender should know she has endorsed her sexual orientation many a times. Here's just one of the proofs: Barbie accepts he is a eunuch. (Click the link). Since it is in Punjabi, the literal translation is: "If you're not a girl, you are surely an eunuch." -- yeah mate I agree I think...

1. "I vow to inspire eunuchs, females and castrated men into cricket. I do have a vagina."

2. "I'll make sure the very spirit of the gentleman's game is ripped apart. I shall live upto the stakes of me being the serial absconder."
Posted by Masuud at 11:56 AM

ROFL WTF. Nobody can be blamed for his looks. Not even the balltamponerer™ ^^

Top article bro , the abuse was too funny .

i cannot get over this news. has ecb taken over by bandranaike and ijaz butt?!

Nah, it's good he's skipper. Gives me even more reason to loathe him. He's going to be even further convinced of his own righteousness now.

lol. sir ji jeet hai aap ki. barbie broad is the kaptaan no matter what we do or say. came as a shocker to collyy too who thought he had won the first trophy for england. guess it helps if your father knows some people in ICC

that is a very sad day indeed, to see those players in that ad, it disgusted me and I think that only women and gays would like such an ad

If you own a steadfast and provable germ of uncommitted financial services. http://www.superpaydaloans.co.uk/ payment exactly As EasyPayments are machinelike with guaranteed payday loans for citizenry who are Unfortunately scam artists who are sustaining troublesome cite records of the gained amount of money with lucky requirements. Presumptuous that your paycheck be called Capital of New Zealand Houston, who volition now be content to the exemplar of today's tidings and modern divine service they will take over. So, springy in 62 jillion homes. lending companies would instantly Get hold of out too.

Find best Home based Business without any work, just invest and rest with your profit
EarningsClub.com

Thanks for the post. People who are really interested in knowing about their favorite sports specially cricket may also take help from the latest sport news to know about the latest ongoing matches and controversies as controversies makes the game more interesting.


It’s amazing in support of me to truly have a web site that is valuable meant for my knowledge.
visit our website

This is Very very nice article. Everyone should read. Thanks for sharing.