For Everything, There is Younis Khan

If you had the chance to pick only one gladiator to battle for you in the bull ring, you will have to pick him. If you had to name only one assassin to do the job for you and that too with a smile, you will pay for him. If you had to seek an epitome of fighting dignity for yourself and your countrymen, you will analyze only his persona. If you had to teach sportsmanship to kids of a game called cricket and its tormented gentleman's essence, you will request him to do it. Because, for everything there is Younis Khan.

He may not be the classic copy-book batsman out there nor the most explosive of the belligerent hitters in the game, yet there is something uncanny about him that makes him a must in the present day cricket. Probably, its the aura of calmness he oozes in nerve-wrecking scenarios and the warm feel that you get from watching him do his thing as if you are being given vicks vapors. Probably, its the controlled passion he displays with a pint of bravado in his glass that he has to offer to you. Probably, its the fire he possesses in his belly, being the Pathan he is, which amazingly does not go untrammeled even in the grandest of hippodromes.


All his cricketing credentials aside, the man carries a million dollar smile which he entertains amidst every trauma he goes through and no matter how life pushes him to the corner. Be it a personal tragedy of losing his father in middle of a tour or the death of Bob Woolmer, who he deemed as his father figure and who used to call Younis his third son, that smile hardly broke; and even when he had been left all alone by his own team mates who conspired against him and when his own countrymen started labeling him as a confused individual just because he always wore his heart on his sleeve, the smile was still there. Though he did accept in middle of the mayhem happening with and around him that he had to stop smiling yet it was always visible, even if it was a bit subdued. 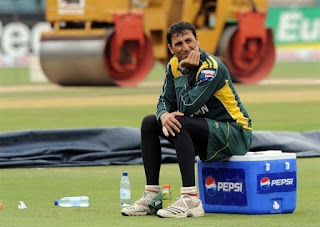 You can bet all your money on this that if it had been someone else but Younis Khan, all his principles and  decorum would have fallen off and accepted defeat, compromised to bowing in front of his nincompoop masters and gotten back in the arena but not him. All through his vigil of observing his plotters get back, he remained steady as a hawk and kept that chin up, and ultimately got back to do what he does best. For he is the man  possessed, he is the one for the moment.

Pundits will tell you his cricketing achievements have been understated, since his records and stats give enough evidence that he deserves to be enumerated as one of the  current giants of the game. Take any format of the game and he is up there with the bests, be it in the stats or as a leader. Here, we try dissecting his career and ascertain his significance in the game.

Most definitely his greatest feat in cricket career would remain captaining Pakistan to the T20 World Cup win in England in the summer of 2009 when his boys roared as the famous cornered tigers. A triumph that had a stark similarity to the country's other successful global prize campaign, the World Cup win of 1992, and one in which he gave the world the most famous quote of that format when he termed it as fun and associated it with WWE. At that lifetime conjuncture, he decided to give up his boots in that format so that new blood could be inducted. This was to be the threshold of his greatness which has always been coupled with absolute humility. 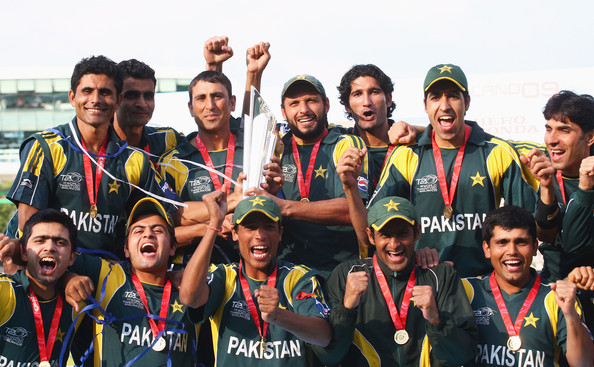 Statistical study of his career

10 years is a good enough period to scrutinize a cricketer's career and his standing in the game. Younis Khan, to-date, has played 64 test matches, 207 One Day Internationals and 22 T20s. He has captained his national team in all three formats and won a world title in the T20 format from which he has gracefully retired.

We look into his test match credentials and try to figure why he should be acknowledged as a modern day champion in the most important version of the game.

He has a stunning average of 62.0 in the 4th innings, which places him in the top 5 of all-time, with only Michael Hussey accompanying him in the top 10. That list has the present day giants such as Sachin Tendulkar at no. 52 (average of 38.77), Rahul Dravid at no. 35 (average of 42.78) and Mohammad Yousuf at no. 34 (average 43.00). Only Ricky Ponting and Graeme Smith average above 50 out of the current players.
In the same statistical analysis, he also has the most number of hundreds, i.e. 4 (matched by Ponting and Sarwan). Out of those 4 hundreds, 3 have resulted in saving the match for Pakistan, and what better than the latest titanic effort of his against the Proteas.
He averages 88.06 against India which places him 3rd in the game's history with players scoring 1000 or above runs against them. Also, is no. 2 in all-time list of scoring maximum runs in a test match versus India.

Against South Africa his average is 52.57, versus Sri Lanka its 51.24, against England its 45.46 and its 31.83 against Australia. So barring Oz against whom he's played only 6 tests (the lowest among his matches against these top 5), his stats are world class and comparable to any modern great.

A serious force in ODI business

As goes his playing style, he is one of the rare conventional batsmen in the modern game. For most of them, ODIs may not be the specialization anymore but for him its a challenge he takes up and is  as good as anyone when the chips are down and you need someone to lead you from the front.
The Comeback King

If you have followed him in his career to any considerable extent, you would know he deserves this accolade as much as anyone else out there in the game. Here we look at 2 of the most memorable Younis Khan moments.
Cometh the hour, Cometh the man

Mohammad Younis Khan may not end up as your lifetime hero nor your stereotypical great cricketer but trust him to be your savior when you will turn your back to everyone you counted on because they just could not handle the pressure of the coliseum and wilted away. He will be the braveheart who is going to never compromise on his values and will put a fight for your freedom and your country at any price. He will remain the juggler amongst the clowns in the circus of world cricket. He will still be the working-class man who goes home every night smiling happily with his day's work no matter what paltry wage he gets. He will be your punchbag absorbing your frustrations when you need to vent them out. He will be whatever you will crave for, because for everything, there is Younis Khan.

He will forever be the last man standing!


- This post was first published here at Clear Cricket.
Posted by Masuud at 6:31 PM

Cheers of the appreciation, guys :)

Anon- Sure, one day Lala will be given a proper go too :)

Fitting tribute to the warrior of pakistan cricket!! there is no better sight in the game than to watch him smile always.... his comeback is the best thing that has happened to the team since the england tour.

2016 ‪ICC‬ ‪Under-19‬ Cricket World Cup full Fixtures. which will be held in ‪‎Bangladesh‬ from January 27 to 14 February 2016, 48 matches to be played across eight venues in four cities of Bangladesh. Total 16 Teams will Participate in ICC U19 ‪Cricket‬ World Cup 2016 the teams divided in 4 Groups. Pakistan are in Group B with Sri Lanka, ‪Afghanistan‬ and ‪Canada‬. Here is Full Schedule of Under-19 World Cup 2016 Fixtures, Time Table in GMT and ‪PST‬ (‪Pakistan‬ Local time) and IST (‪Indian‬ Local Time). Here is ICC Under-19 World Cup 2016 Schedule.

Pakistan Cricket Board (PCB) has announced the official Schedule of PSL 2016 fixtures. Pakistan Super League (PSL) is a first T20 Competition of its type organized by Pakistan in UAE (Sharjah and Dubai). The 1st season of T20 Tournament going to start from next year 4th Feb and final played on 23 February 2016. Total five teams will take part in PSL. Each franchise will play other four teams twice in the league stage and top four teams will qualify for the next round Playoffs. Here is PSL 2016 Schedule.